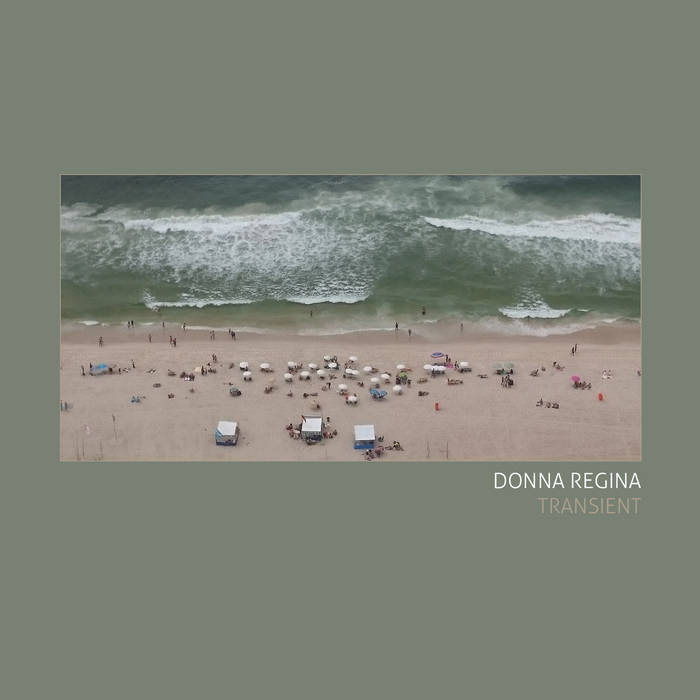 As Donna Regina, Regina and Günther Janssen have been a fixture in the German indie pop and electronic scene ever since their first release in 1990. From 1999 on, they have released seven LPs and a slew of EPs on Karaoke Kalk. After a collection of cover versions of their songs by fellow artists and bands called »Dis Cover - Donna Regina As Recorded By« in 2015, »Transient« sees the wife and husband duo both musically and lyrically pick up where they left off with 2014’s »Holding the Mirror For Sophia Loren«. Even after 28 years and 13 full-length releases, Donna Regina still have much to say and on their first proper studio album in four years express it in more languages than ever.

Between the English-language opener »Royal Blue« and the final German track »Lass uns so tun«, Regina Janssen also explores French (»Quatre septembres«, written by Bertrand Burgalat’s lyricist Pascal Mounet), Spanish (»Mí globo de nieve«) and, newly so, Japanese (the Ayako Akashiba-penned »Melancholy Dragon«) as languages to convey complex truths with only few and simple words. Simple would be one word with which to describe the music on »Transient«, although maybe that would be a premature judgement. Even though the Janssens’ music, on this album only supported by the Danish guitarist Rolf Hansen on »Quatre septembres«, seems more minimalistic or perhaps even quieter than before, it is still brimming with details and the occasional moment of ecstasy.

»Transient« isn’t one of those records that will start slowly, peak in the middle and then fade out, but between songs like the opener »Royal Blue« and the beat-driven »Blitze« or the ambiguous up-beat track »Komm lass uns heiraten« and »Melancholy Dragon« with its elegiac synthesizer harmonies draws on the sharp contrasts in mood and style. As such, »Transient« may just be the perfect title for this album that lyrically is more at home in the entire world than ever before in Donna Regina’s history and also makes it abundantly clear that nothing, neither happiness nor sadness, will be forever. After 28 years and 13 full-length releases, Donna Regina stay in motion because the world does, too.

Mastering and Mastercut by Mike Grinser at Manmade Mastering, Berlin

Bandcamp Daily  your guide to the world of Bandcamp